Purists in their field, masters of their craft.

Performance Purist is home to a dynamic team of coaches who constantly pursue perfection in their field. 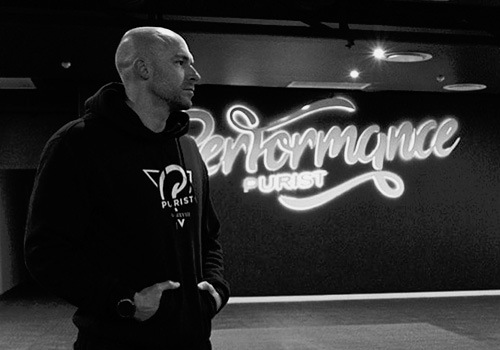 For those in the strength and conditioning field, Josh requires no introduction. As Head Coach and co-owner, Josh is easily one of the most decorated and successful coaches in the country. His skillset is of the highest level, extremely diverse and has a track record of developing individuals to their peak physical capacity. His array of both sporting and coaching accolades spans through a multitude of sports disciplines ranging from Athletics to Powerlifting, Running to Mixed Martial Arts, Cycling to Crossfit, Rugby to Golf and the list goes on. Josh possesses the unique ability to truly identify each individuals’ strengths and weaknesses along with the know how to create the most optimal plan of action. 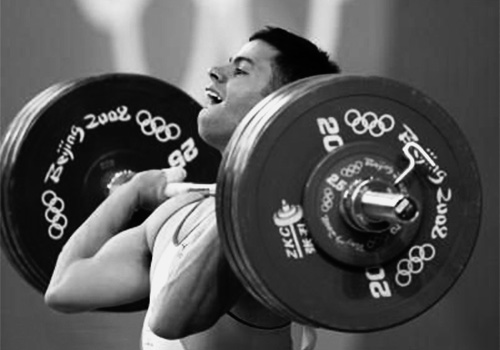 For anyone looking to advance their strength, Darryn is your best option. As a former Olympian in Weightlifting, World medalist in Powerlifting and being involved in the strength game as an athlete or coach for close to 25 years, Darryn possesses an in-depth knowledge of developing strength, along with the precise experience of competitive lifting. Darryn’s passion lies within seeing each athlete develop beyond what they ever thought possible 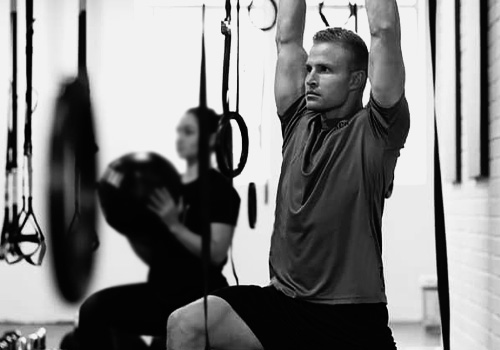 Dylan is one of the most precise coaches out there. His attention to detail is second to none. He is an absolute master in understanding and developing key movement patterns within the body. Dylan’s extensive knowledge, combined with his rather unique array of physical accomplishments, which range from Olympic Weightlifting to Iron Man, Powerlifting to Mixed Martial Arts, provide a rather unique understanding in how to best develop the body in pursuit of better-quality movements, enhanced strength, and an overall improvement of the body’s ability to progress. 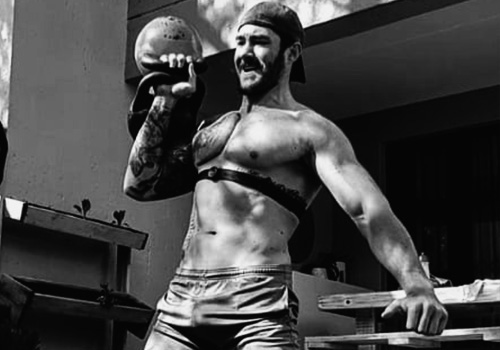 Dom has grown exponentially over the past few years as both a fantastic coach, as well as a key part of the Performance Purist coaching unit. Dom comes equipped with not only a passion for strength and conditioning but also the real-life experience as both athlete and coach in Rowing, at National and Provincial levels. Dom has seen some of his athletes develop rapidly over the past 2 years, merely a testament to his excellent coaching style. 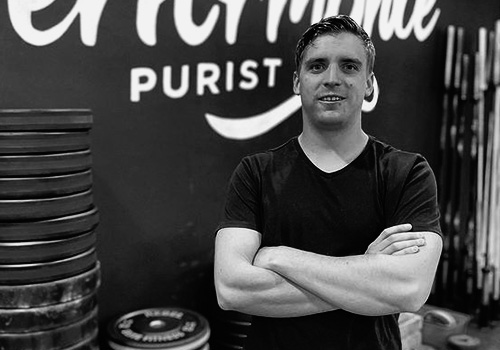 At Performance Purist, we are extremely particular about who we select as a fit to represent our brand. We require an individual that is coachable and hungry to learn, provides experience in their particular field of expertise and presents the ethos that reflects our brand. Simon is all of the above. Simon has been competing in Weightlifting for the past 8 years, since his Youth. From day one he has shown his determination and discipline to progress, all the while dedicating his life to sports performance and the associated learning required. Simon is one of the most passionate coaches you’ll find, with a keen interest to see every one of his athletes develop.

Roarke started boxing at the age of 9. The motivation behind this was due to excessive bullying throughout primary school so as a result he was sent to the local boxing gym. Being raised as a footballer his whole life boxing wasn’t a serious sport for him, it was purely done for self defense and to build self confidence. Roarke moved to the UK where he played football at a high level, then at the age of 15, after watching Olympic boxing, he was motivated to start competing as an Amateur where he had 4 fights, winning all of them including two by knockout. At 17 he decided to turn over to professional prize fighting and started building a career for himself and followed his dream to become a World Champion. Now 15 fights into his career, Roarke is a two-division Champion, earning the IBO Light Middleweight Youth World Championship, and WBA Middleweight All African Championship. 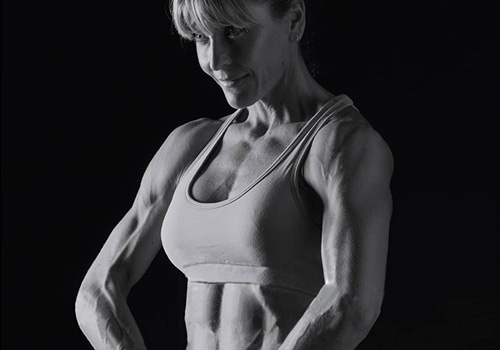 Michelle is the embodiment of health and lifestyle. She is a diligent worker in herself and has the ability to enhance her client’s lifestyles for the better. Despite her fit and petite frame, Michelle is well versed in the strength world, having competed, and medaled at World Powerlifting Championships. She comes with the knowledge to greatly assist members looking for health, wellness, and fat loss.

If you would like to meet or chat to any one of our team, please feel free to reach out!